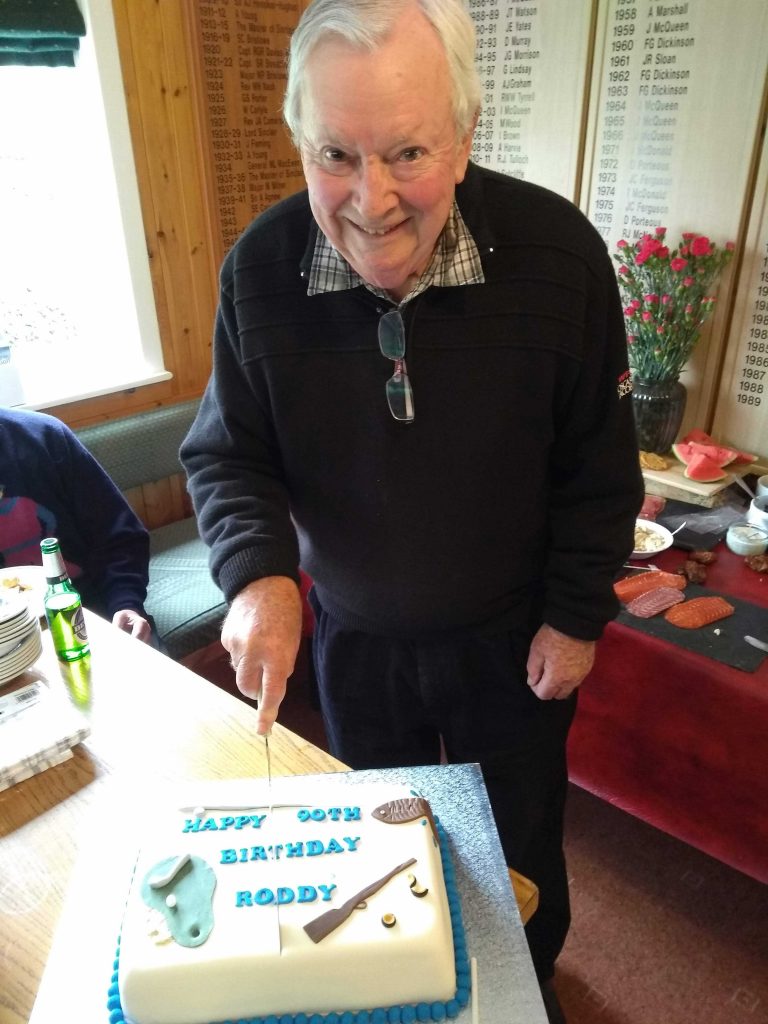 Nineteen elderly golfers took part in a 15 hole competition to celebrate Roddy Hermon’s 90th Birthday. We were blessed with the weather in this unseasonal cold spell and none of the forecast rain appeared thanks to Roddy. Scoring was not bad either with Wave & Ronnie on 28 points, Brian Porteous on 29 and Ian Brown on 31 points. The Winners were Brian Duguid & Stuart Rhodes with 32 points each, Brian winning with a better inward half of 14 where Stuart had 13 points who with a bout of silliness failed to score on the second last hole. Elena, Lady star of the season, won the Ladies prize with 27 points.

Roddy provided a delicious buffet designed to overfill bellies. It was a magnificent display of goodies. It was good to see Jim McPhee turn up briefly to wish Roddy many more birthdays. Eddie & Jill Yates, Valerie Shipley and Jim Morrison joined the party bringing gifts to ensure Roddy will not be short of the odd tipple or two over the coming week or two. Ian Brown presented a similar gift on behalf of the Senior members and thanked Roddy for the wonderful spread. Jackie Duguid present a sumptuous birthday cake sponsored by the Seniors Section.